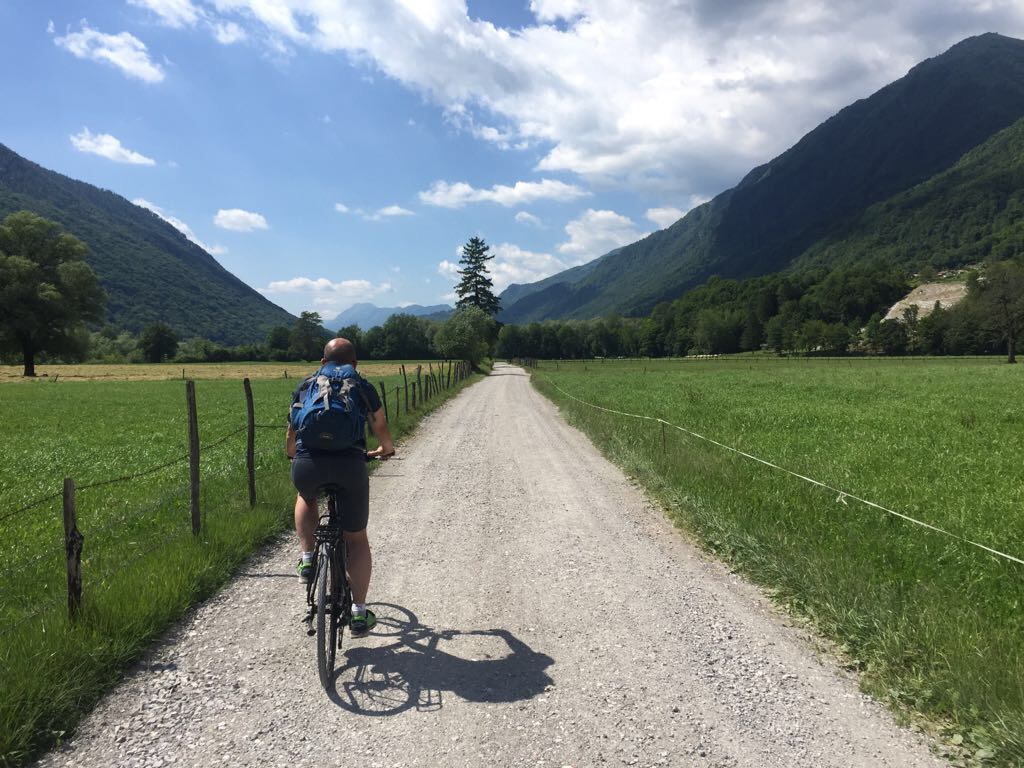 Okay, at three we call everyone whatever comes to mind about Slovenia. One two Three!
… well
. Sad right? It was the same for me until recently. For me, Slovenia has always been where you have to stop if you want to go to Croatia. A bit like Leverkusen is whatever gets in the way when you want to go to Cologne. Even my travel guide begins with the sentence „For a long time I only knew this green, densely forested country from passing through“. And quite a few have „traveled through“ over the past millennia. Mostly to bang their heads in on the way: Celts, Romans, Teutons, Austrians, Germans, Italians, even the Turks. If the Slovenes had asked a euro from everyone who crossed their country with warlike intentions, they would be made people today.

God knows you can do better things here than killing yourself: hiking, cycling, eating gibanica (a cheese-nut-poppy-seed-apple-cake strudel – for those who don’t like making decisions) or the mother of all stalactite caves in Visit Postojna (you can get the „vivarium“ next to it: an exhibition of cave animals, all of which are extremely light-shy and prefer to hide. So it’s kind of a zoo for people who don’t like animals).

My highlight: a rafting tour on the Soca. From a sociological point of view: two Germans, a Lebanese, a Slovenian, an Arab, an American and a Hungarian guide in the same boat – you can learn a lot. The American sat down straight away because, according to his own information, he was „a very strong paddler“. Two minutes later, after the first rapids, he was lying in the water and the guide politely complimented him three places back. Meanwhile the Arab proudly sang a stanza „Viva Colonia“ to us. Perhaps in the future G7 summits should be held in a rafting boat.

You don’t have to worry about the language in Slovenia, because even seventy-year-old butcher shop assistants speak better English than Günther Oettinger and Edmund Stoiber put together. In general: the people! Every ice cream seller, every campsite owner, every policeman beams at you here as if they had just given them a firstborn. In six days I have not seen an unfriendly or bad-tempered Slovenian. The only bad-tempered Slovenian I know is Melania Trump – and somehow you can understand it.

Incidentally, when you talk to the Slovenes about Europe, you hear one sentence over and over again: „We’re just a small country.“ Often followed by: „We do, what the bigger countries do.“ Too bad. The other way around would be a nice change!

PS: Next stop: Croatia. If someone has tips for the Adriatic coast all the way down to Dubrovnik: Always give them!